This weeks topic centered around the ubiquitousness of photos and the stereotypical ideologies of the viewer. A topic was the magazine National Geographic which on first impression is a photo magazine with topics from around all corners of the Earth. One of the reasons I think that it was/is so successful is due to the fact of the front covers drawing in interest, they are always an obvious visual example of the title of the magazine. Unfortunately it suffers from being very stereotypical, for example the left magazine cover shows a young boy with a monkey of sorts on his head, like The Jungle Book (just not a bear). And the right cover’s title being about the battle for America showing a heroic cowboy surrounded by the American landscape, just like any Western. 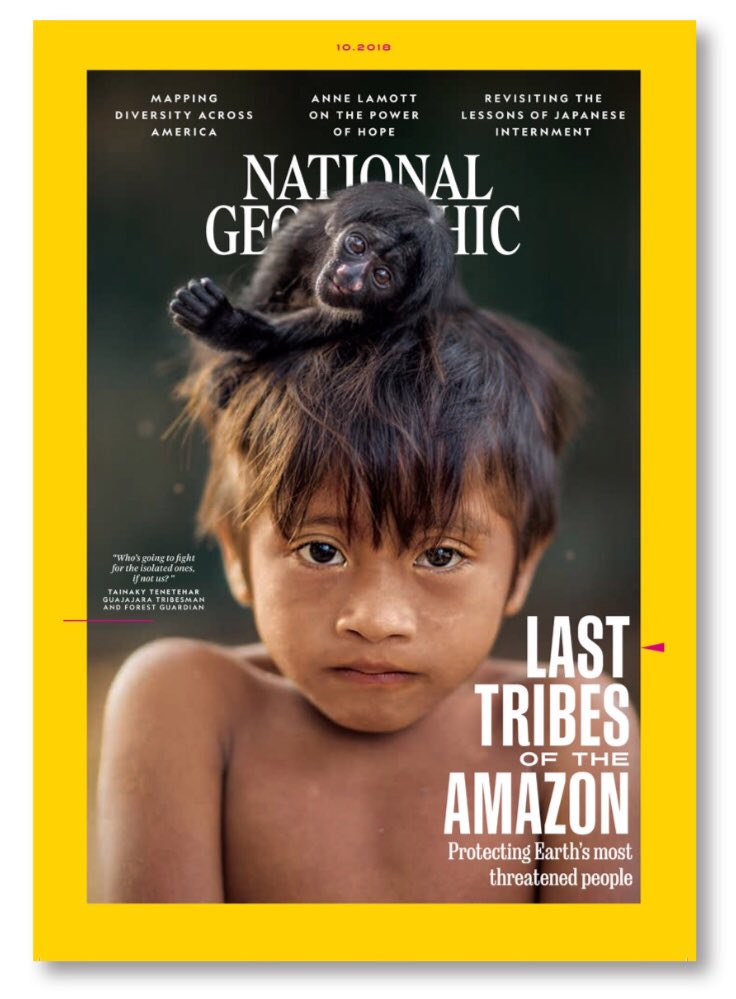 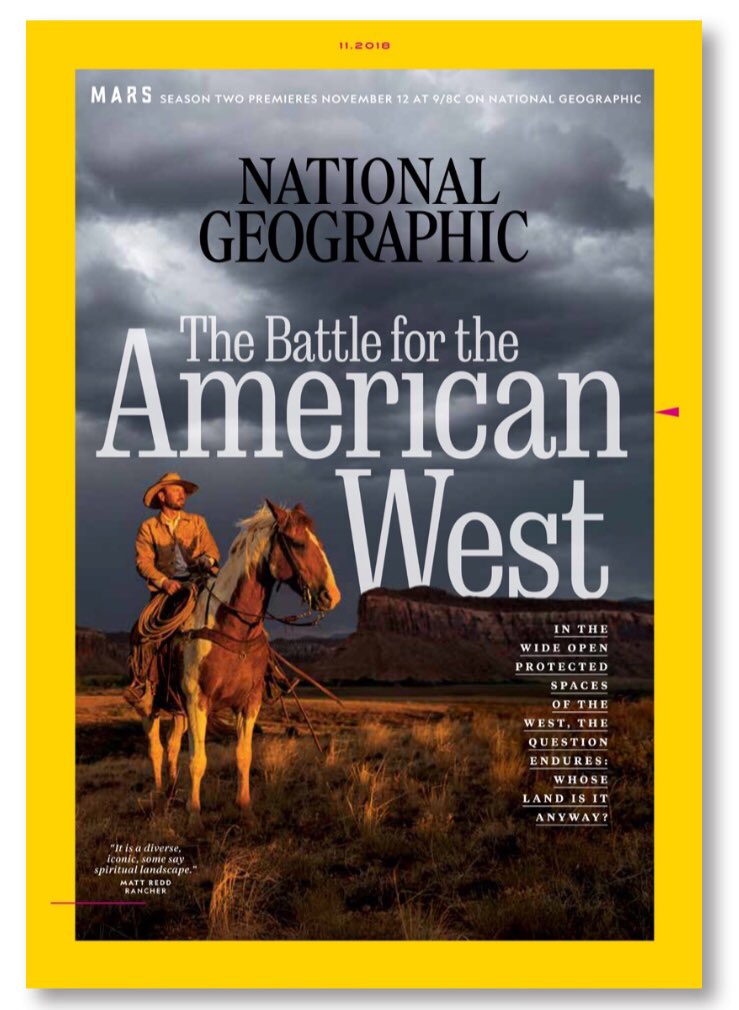 As a person who’s never seen these two topics in real life, I’d think there’d be many other examples that could go with the topics but they are very good photos at grabbing attention.

Now this photo below used by National Geographic taken by Fabrice Guerin shows a similarity to many other photos used by the magazine. They always have a diver (for underwater) in the photo to give a sense of scale to the environment. The composition of this photo is something I’m trying to work with except without the diver, in the hope of creating a insight to another world. I’d rather work with the important of the environment than having distracting element in the photos.

Landscapes can be very susceptible to specific ideologies, I hope to break that with my underwater work by giving a variety of different scenarios. So far I’ve covered the darker, more threatened areas of underwater landscapes and will now move onto further afield exploring different scenarios. I still plan to work with the smaller scenes but to experiment with technical aspects more in the hope to enhance the environment.

Our October 2018 issue brings you across the Amazon basin where settlers, miners, illegal loggers, and drug traffickers threaten the survival of the last 50 to 100 isolated and uncontacted tribes—some 5,000 people in all. We focus on one little known tribe, the Awá. Under siege in eastern Brazil, and on recently contacted people in the remote forests of the southern Peru-Brazil borderlands. We show why the indigenous peoples’ rights group Survival International has called the Awá “Earth’s most threatened tribe.” Only 100 uncontacted Awá still roam as nomads, hunting with bows and arrows, gathering wild honey and nuts. How much longer can they remain apart? Photos by @chamiltonjames.

In our November 2018 issue – the new push to cut back protected lands is fueling a dispute rooted in our history and culture. The question: Whose land is it?